You are here: Home / Blog / Macheads! 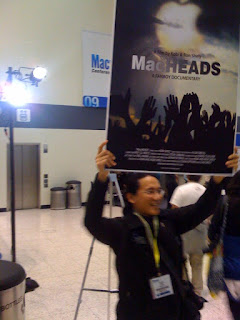 "don't love apple, love the mac community" is a quote from this
documentary about the mac and its extremely loyal base of followers…
I mean users.

I was one of the 45,000 mac evangelists in the late 90's before Steve
jobs came back and saved the company. To say I have mixed feelings
about the sucess of apple which led to the loss of the close-knit
community of which I was a very young part… Is an understatement.

More thoughts later on this. I liked this movie a lot. It sure brought
me back in time!